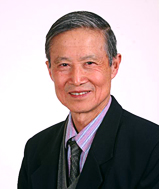 52 year-old female presented on November 6, 2006 with a fever, which has lasted for seven days. Seven days prior, the patient contracted an external invasion, which manifested with a fever of 38.7°C, and because of her age, she was admitted to hospital for treatment. White blood cell count was 1.35×109/L, neutrophil count was 0.83, and a chest x-ray revealed slight shadowing over the upper portion of the left lung. She was diagnosed with a lung infection.  She felt happy after entering the hospital, and while waiting for treatment to fight the infection was given an infusion of chái hú specifically for the fever. The fever would recede but would again rise, repeatedly remaining abnormal.  The physician administered qi boosting, yin nourishing medicinals all to no avail, and at that point Dr. Féng was asked to consult with the patient.

At the time of the consult the patients temperature was 38.9°C, she had a dry mouth with a bitter taste, dry throat, thirst with a desire to drink water, chest and sub-costal distention and fullness, vexation and agitation with a desire to sleep, right sub-costal pain, no cough but a phlegmy sound (in her chest), no aversion to cold, nor generalized body pain, sweating, which would not lower her temperature, dry stools occurring every three days, regular urination, reduced sleep, a red tongue body with a thin yellow slippery coat, and a wiry slippery pulse.

This woman’s age was already considered high, and moreover suffered from a fever with a lung infection, so western medications were used, but with no effect. Her physician felt that because of her age, the patho-mechanism involved must be due to qi and yin vacuity, and so used qi boosting, toxin resolving, and heat abating methods also with no effect.

Dr, Féng advocated in clinic, that the pattern identification should be based on the characteristics of the symptoms.

This patient suffered from a fever, dry throat, dry mouth with a bitter taste, subcostal distention and pain, which according to six channel pattern identification belongs to a shào yáng disease.

In addition, she also had thirst with a desire to drink, dry stools, a red tongue body with a thin yellow slippery coat, and a wiry-slippery pulse, which according to pattern identification belongs to the interior heat exuberance of a yáng míng disease.

There was no aversion to cold or generalized body pain so we can rule out a tài yáng disease.

In summing up the above signs and symptoms, the pattern is a shào yáng-yáng míng combination disease.

Dà Chái Hú Tāng with the addition of shí gāo can be used to harmonize and resolve the shào yáng, while simultaneously clearing yáng míng interior heat.

1 package cooked as a decoction

Results: After taking the one package, the patients fever went down from 39°C to 37.2°C. Her dry mouth with a bitter taste, thirst with a desire to drink, and sub-costal distention and fullness had resolved. Her bowel movements had also freed up. She continued taking another package of the formula, whereby her temperature had normalized and nothing else was troubling her. She underwent another chest x-ray, which now showed nothing abnormal in both lungs. She was observed for another two days in hospital after which she had completely recovered and was discharged. 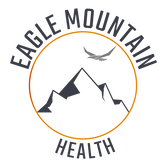