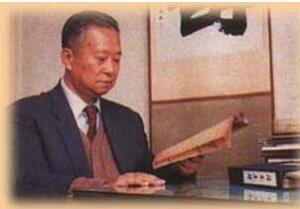 Mr. Li, male, 32 years old. The patient was a driver. When he drove in the summer, the weather was hot and he would freely drink ice-cold beer or soda, daily and without restraint. When autumn came he started experiencing headaches every night. The pain was severe, and he had to knock his fists against his head or take analgesic pills in order to obtain relief; it was also accompanied by blurred vision. The condition had persisted for over a month.
On visual inspection, the patient’s facial complexion was dark and sallow, his tongue was pale and tender with a wet, slippery coating, and his pulse was deep, wiry and moderate. This was a case of yang deficiency with water overflowing, turbid yin escaping upward, and clear yang being stifled.
Fuzi 12g, fuling 18g, baizhu 9g, shengjiang12g, baishao 9g, guizhi 6g, zhi gancao 6g
After taking six packets of the medicine, the headaches had lessened significantly. His formula was changed to Ling gui zhu gan tang, and after four packets he was cured.
Commentary by Dr. Liu: Zhenwu tangis also known as Xuanwu tang.Xuanwu is the spirit that controls water in the north. Because this formula has the function of supporting yang and controlling water, it is therefore named Zhenwu tang; it is used for patterns such as Shaoyin yang deficiency with cold, and water qi failing to transform. The Shanghan lun says: “Abdominal pain and inhibited urination . . . means there is water qi.” This indicates the key pathomechanism of this pattern. Yin deficiency with hyperactive yang often stirs wind, while yang decline with exuberant yin often stirs water—this is a basic rule of the occurrence and development of disease. Yang deficiency stirring water is normally treated with the Ling gui formulas; if the disease has reached the kidneys, with yang qi deficiency and decline, palpitations, dizziness, instability when standing, and swaying as if about to fall to the ground, then we must treat using Zhenwu tang.If one takes Zhenwu tang,and the kidney yang is warmed yet the water qi is still unable to transform completely, then we can further use the warming herbs of the Ling gui formulas to harmonize.

One thought on “Headache: Two cases by Liu Duzhou 劉渡舟”